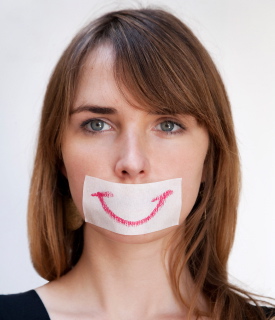 The past week has not been easy.  Not at all.  Some of the reasons are part of normal life.  While other contributing factors to an already difficult time, I place the blame squarely on myself.

Of course, it has not been easy to have both boys gone.  It’s such a big change, and I feel myself resisting ANY adjustments to this change.  I don’t like to think of this as the “new normal.”  I have been critical and grouchy to T.  I’m not going to place any blame on him.  Who knows?  Maybe he hasn’t been the greatest either, but I certainly haven’t been responsive even if he has tried.  I have been introspective and unapproachable.  T simply avoided me.  He watched TV and slept.  I retreated to my room each night.  I have been lost in my own world, my own thoughts, my own depression.

I took some time today to think.  Strange that I have to go to work to clear my mind enough to think things through.  I have some choices.  Of course I have choices.  Wallowing in self-pity is certainly something I can actively choose to improve.  I need to stop feeling sorry for myself.  Plain and simple.  Sometimes I wish I could have a small dose of electroshock therapy.  ZING!  Negative thoughts?  ZAP!  I think it would work wonders.

I did some reading tonight about how to “snap” yourself out of negative thinking.  I read something interesting about Shunning.

shuns, shunning, shunned –  to avoid deliberately; keep away from

To shun.  It’s a verb.  It’s an action word.  Shunning is something I can DO.  Like a mental exercise, I can deliberately replace a negative thought with a positive thought.  I can deliberately replace negative actions with something more positive.  I can ENGAGE myself in activities that encourage me rather than discourage me.  Duh!  While it seems like a simple concept, anyone who has allowed their life to spin out of control, anyone who has found themselves at the bottom of an abyss, knows that even taking the tiniest baby steps to regain normalcy is fraught with struggle.  Being positive feels foreign.  Taking care of yourself, liking yourself, takes tremendous effort.  When you no longer place much value in yourself as a human being, it is difficult to do what is best and healthy.  It’s easy to give up.  It’s much easier to consider giving up than fighting and struggling to find your way back.

“Fake it til you make it.”  That’s a phrase I have heard often lately.  It sounds horrible, but I am beginning to see some merit in the concept.  If I am depressed, what do I want to do?  I want to lay on my bed.  I want to allow the endless movie in my head to play the same tired scenes over and over.  I want to WALLOW in the depression.  It is seductive.  Put on some sad songs, pour a drink, turn the lights down low.  It’s time for a good cry.  UGH!  If that is what I want to do when I am depressed, then I think that I am a hell of a lot better off to be “faking it til I make it.”

I was doing well until Emily went out with friends for dinner.  Then Lola left for Brownies.  That left just T and I home for dinner.  We filled our plates and sat down at the table.  I was aware of every noise I made as I chewed my food.  I was aware of the emptiness of the house.  I was upset with myself, too.  Many people have no one….ever.  I have so much to be thankful for.  Yes, the boys are gone now, but they are happy, doing well, and I am so very proud of them.  The girls are happy, busy, and wonderful.  I looked at T.  Oh, the poor guy!  How in the world has he put up with me for so many years?  I asked him, “Did you ever think we would still be married at this point?”  He just laughed and said, “Yeah.”  I knew he meant it.  He always has believed it.

We talked for a little while, and I told him so much in a very short time.  I don’t want to grow old and settle into some kind of “old person’s routine.”  I don’t want to eat dinner earlier and earlier like my grandparents, who eventually dined on their evening meal at 3:00 p.m.  T said, “Yeah, but I get pretty hungry by 3:00.”

T suggested that we could travel, and I freaked out again.  I don’t want to be a couple of old people looking for the cheapest hotel, the cheapest restaurant, figuring out how many miles per gallon our car gets.  I told him that I wanted to travel with purpose.  I wanted to hunt fossils or follow a historic route.  Once again he laughed.

I asked him if he ever considered flying a plane, and he said that he didn’t think I would get into a small plane.  I was touched to think that he hadn’t learned to fly a plane, because I wouldn’t be willing to go along with him.  I asked him if that was the reason he had never learned.  He looked at me with a big smile and said, “You are f****** crazy!  I haven’t ever flown a plane, because we don’t own a plane, Dipshit.”  I started laughing, too, and for a moment I remembered who I am…or who I was.