It’s all now you see: tomorrow began yesterday and yesterday won’t be over until tomorrow. – William Faulkner

It’s a quiet morning, and I’m in the house alone sitting in my room, sipping on a steaming cup of coffee, and cuddled under the covers in my robe.  Mornings like this are a rarity, and I am fully enjoying the moment.  Out there beyond my bedroom door are lists of things I need to buy and things I need to do.  Kids and family will begin descending on our house either tonight or tomorrow.  I haven’t really been able to clarify exactly who is being brought along to our house…or when.  For now though, until my feet hit the floor with some kind of purpose, these morning moments belong to me.   END_OF_DOCUMENT_TOKEN_TO_BE_REPLACED 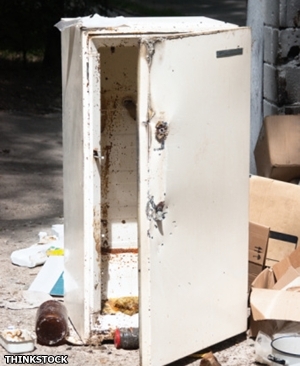 Andrew called home on Monday night asking for some advice.  Why might water be leaking from his freezer?  While we suggested that perhaps his freezer door hadn’t been properly closed, that was only wishful thinking.  On Tuesday morning, he called to tell me that he had gone to the fridge for a glass of milk, and everything was warm.  He called the building super and was told that a repairman would be sent out the next day.  The next day???  I wanted to hop in my car immediately and bring my son a cooler and some ice.  He doesn’t have a cooler in Chicago, and he doesn’t even know anyone to call to borrow a cooler. END_OF_DOCUMENT_TOKEN_TO_BE_REPLACED

As I have written lately, I have been mired in crap, sludge, mud, spinning my wheels.  While that struggle continues, tonight I am going to focus on a few good things that are going on.  I’ll save the negative stuff to discuss with my crazy therapist tomorrow.  After all, she needs to earn a living, too. END_OF_DOCUMENT_TOKEN_TO_BE_REPLACED

The last couple of weeks have been a whirlwind.  I have missed writing, but I haven’t had time or energy.  The worst part was the fact that I have not allowed myself to write.  I have had nothing decent to say.  I have once again been mired down in frustration, stress, and depression.  Work has been a political, back-stabbing fest.  People I had once considered friends seem to be going out of their way to trip me up and make my life a bit uncomfortable.  Decency and kindness have been in short supply.  The past couple of weeks have been topsy turvy and confusing.  Mostly, it has seemed as if FRUSTRATION has been around every corner. END_OF_DOCUMENT_TOKEN_TO_BE_REPLACED

I question everything.  I seek understanding.  Until I have answers to my questions, my mind won’t shut up.  If I don’t understand something, especially the behavior of others, I mull it over and over until I am satisfied with their motives, reasons, or what is causing their behavior.  If someone snaps at me without cause, I try not to take it personally.  Instead, I want to help.  What has them upset?  What’s wrong?  What can I do to help?  Most times in my life, this has served me well.  My attempts to empathize and understand the behavior of those around me (and not take it personally) has given me a better understanding of myself and has kept conflict to a minimum. END_OF_DOCUMENT_TOKEN_TO_BE_REPLACED

When I was a little girl, I hated to wake and find someone/anyone looking at me.  If I was home sick from school, I was uncomfortable if my mother peeked into my room to check on me.  I hated it if my parents would go out for an evening and come in my room to check on me late at night when they returned.  Waking to find someone looking at me, even in love and caring, was upsetting to me.  It made me feel vulnerable, weak, and helpless.  Sleep was private.  It was something I preferred to do alone, unbothered, and uninterrupted. END_OF_DOCUMENT_TOKEN_TO_BE_REPLACED 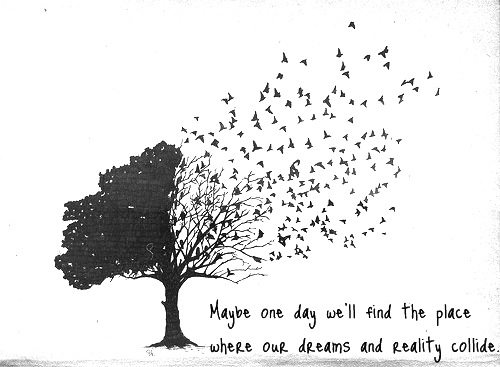 Last Sunday was the first time that I have felt truly relaxed in so many months.  I was relaxed in a way that I knew wasn’t going to be quickly snatched away from me.  I wasn’t stealing a moment.  I wasn’t supposed to be doing something else.  I wasn’t on my way to someplace.  I simply was.  It was genuine and comforting. END_OF_DOCUMENT_TOKEN_TO_BE_REPLACED

It seems like a lot has happened since my last blog post.  A lot, yet nothing much at all.  There were no significant, life-changing events, but yet I feel a certain sense of change.  Christmas has passed.  It is a new year.  I am another year older, having celebrated a birthday during my blogging absence.

I apologize for temporarily shutting down both blogs for a period of time.  It was not my intention to cause alarm or concern.  I simply needed a time to hibernate.  I needed a time of quiet reflection.  I suppose I needed solitude.

The holidays were filled at times with deep sadness while other moments were shining with a kind of joy that I have not allowed myself to experience fully in a very long time.

I had ten days of no work, time with all four kids home, happy and getting along well.  I ate too much.  At times, I drank too much.

T and I  rang in the New Year with old friends.  For the first time in years, I was not on stage playing music, but I was one of the crowd enjoying the entertainment.  That made me sad, and it felt odd at first.  Eventually, though, I was out on the floor dancing up a storm.  That night, I belly laughed for the first time in over two years.  The sensation caught me by surprise.  At first, I didn’t recognize what was happening, and it made me laugh even harder in wonder at the privilege of having the experience of happiness and joy flash into my life for a brief moment once again.

Those were words I heard my dad repeat hundreds of times.  My dad lived those words.  They were written and framed in a variety of places in his home so he would never forget.  He was reminded over and over to accept with courage whatever life sent his way.

I have never had a problem with courage.  Many times, I have faced down my fears.  The word CAN’T, the word NO, those were words that offered a challenge to me.  Being told that something was not possible only spurred me to try harder to prove the possibility.  Fighting for what I wanted or what I believed in was never the problem.  It has taken me two years to learn an important lesson.  There are some things in life that I cannot change.  Can’t.  No.  Some things are beyond my power to control.  I know that concept may seem like a no-brainer to some, but not to me.  I thought if I fought hard enough, tried hard enough, I could make practically anything go MY WAY.  Of course, I have always understood that there were things, like death, that were beyond my control, but beyond that, I stubbornly, bull-headedly believed that there was very little else that I could not sway, or fix, or influence.  I was wrong.

While I may have not lacked courage and conviction, something else has been lacking.  A great, gaping hole stood in the middle between me and acceptance.  That gaping hole was wisdom.  “…the courage to change the things I can; and the wisdom to know the difference.”  Two years of struggle, and an unwillingness to admit acceptance into my life, has taught me that WISDOM does not come easily.

Along with wisdom comes acceptance, and acceptance brings with it a sense of calm.  For the first time in so very long, I have had moments of calm and peace.  I have had moments that have allowed me once again to recognize myself, the woman I once was, the woman I hope to be again someday.  Acceptance does not take away sadness or loss, but it has allowed me to occasionally step off of the hamster wheel.  This wisdom has allowed me to stop punishing myself.  Yes, some things are beyond my control.

I now understand why my dad found it necessary to keep the words of the Serenity Prayer near to him.  Like me, he needed to be reminded.  It was a lesson that had not come easily to him, but once learned, he never forgot the value of that lesson.