I’ve made a decision.  I’m going to deactivate my Facebook account for the entire month of December.  For those of you who are my friends on Facebook, you’ll know that this will be a shock to my system.  I am a FB junkie.  I update my status several times each day.  (It’s a great way of venting…or cheering!)  Some days, I update my status MANY times.  I use Facebook on my cell phone, at work, and at home.   While  I don’t necessarily spend a great deal of time on Facebook, I frequently check in to see what’s going on.  I check Facebook in my office, while I shop, while I drive, before I go to bed, when I wake up in the morning, and numerous times throughout the day. 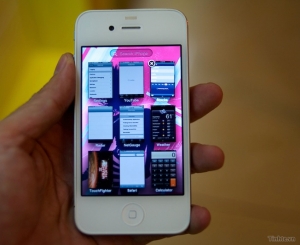 I have enjoyed reconnecting with old classmates on Facebook.  A group of us have begun meeting for dinner or drinks occasionally, and it has been fun to catch up and revive old friendships.  Facebook has been a good networking tool for my career as well.  I have deepened what would have been only surface work relationships by getting to know my colleagues as friends on Facebook.

On the other hand, I have encountered old “friends” who have attempted to take a Facebook friendship to another level.  Those guys have quickly been unfriended.  Then there are the people who are so “MY LIFE IS WONDERFUL” that it makes me sick when I know that the reality of their lives is far from what they portray on Facebook.  Others use Facebook as a political or religious platform.  I don’t unfriend those folks, but I don’t read a darn thing that they write, either.

I will miss keeping up with all of the various activities that my boys post on Facebook.  I suppose that I will have to email them or call them more often.  T has a Facebook account, and he can share any interesting pictures that the boys post.  Lord knows, I won’t miss seeing the college dorm party pics!

Obviously I enjoy Facebook, so why would I impose this hiatus upon myself?  Recently I have been thinking about the amount of time I spend “plugged in” to my computer or phones.  What in the world did I do before I had this obsession?  What did any of us do before Facebook, computers, and cell phones?  I don’t know what any of you did, but I once did a lot of things that I no longer do.  I read books.  I owned a loom and wove rugs.  One winter, T and I learned how to paint with watercolors.  I played the piano, or the clarinet, or the saxophone.  Sometimes, I talked to real people face to face!  I baked bread, pies, cookies, and cakes.  I had sex!  I exercised.  There was a whole world of things that I once did without being connected to an electronic device.  For one month, beginning on December 1, I am going to see if I can get back to basics once again.