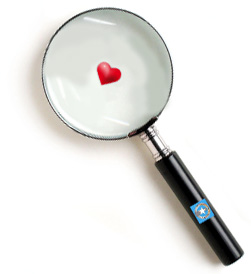 I watched “How The Grinch Stole Christmas” tonight with Lola.  She has been singing the song from that movie all week long, and we finally decided to watch the DVD.

I’ve seen the show many, many times, and I was only watching halfheartedly.  Something struck me as I listened to the words tonight.  When the Grinch witnesses the love and kindness of the people of Whoville,

“And what happened, then? Well, in Whoville they say – that the Grinch’s small heart grew three sizes that day!”

It’s the same old story, and it’s a beautiful story.  It’s the same story that has been told over and over in so many ways, many versions, and in every language.  For as long as human beings have been telling stories, this basic theme has been a part of that tradition.  A troubled character is touched by love, and some momentous positive change occurs.  This type of story is  more than just a “good vs. evil” tale.  These stories are lessons.  They attempt to teach us that not only does GOOD win over evil, but that if we are good enough; we can actually change evil INTO GOOD.

Earlier as I was driving home from work, I was had been remembering a “friend” that I had once believed in, championed, supported, and defended.  It was a classic case of throwing good deeds out there one after another in an attempt to douse the flames of evil.  I had excused insensitive behavior over and over again.  I forgave lies and half-truths.  I had forgiven this person for horrible, hurtful things without even the decency of an apology.  I had let bygones be bygones even when no attempt had been made to rectify the misdeeds.   I thought I could teach kindness.  I thought I could show by example the true value of friendship.  I thought I could convert Bad to Good.  When that failed to happen, I blamed myself.  What had I done wrong?  Where had I gone wrong?  Why wasn’t my love, friendship, kindness good enough to make a difference?  I had failed.  I hadn’t forgiven enough.  I had stood up for myself too often.  I had put myself first instead of my “friend.”  I had failed.  This person never changed, just as everyone around me had warned.  In fact, the situation continued to worsen until I had finally had enough.  I walked away from the situation feeling defeated, battered, and beaten.  I had failed.

I thought about this “friend” once again as I watched The Grinch.  Again, I felt the sting of my failure.  No, I wasn’t able to bring the Good out from under all of the Bad.  Yes, I failed, but I also learned a valuable lesson.  It is not my job to try to change other people.  Some people move from person to person taking all that is offered until there is nothing left to give.  While that is a painful lesson to have learned the hard way, I wasn’t really the loser in the end.  In the end, this person is still messed up, while I have learned to acknowledge and cherish the real and honest goodness that already exists in the people who are a positive and giving part of my life.  Those are the people whose hearts are NOT “two sizes too small.”