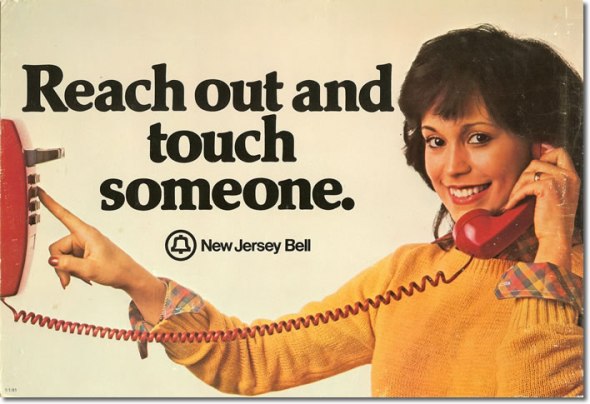 Almost four years ago, back when I was a very different person, something interesting happened.  I hadn’t thought about it for a very long time, but today I once again told the story.  It is strange and a bit difficult to look back at that time in my life.  So much, so very much, and not much of it good, has changed since that cold winter morning.  It was the first day back in the office after the New Year’s holiday.  It was a different office.  It was 2008, and I was the Executive Director of a non-profit organization.  Same job that I’m doing now,  several transformations, but essentially the same job.  I had been on the job for a very short time, and I had no idea of the horrible financial and organizational disarray that I would soon uncover.  At this point, I was incredibly optimistic about almost every aspect of my life, both personal and professional.  I was riding high.  It makes me sad to look back on the optimistic person I was on that morning, but that’s another story.  I had no idea that I was about to embark on the absolutely worst, most hellish years, of my life.

On this morning almost four years ago, I sat down at my desk and opened my email.  There was an email from a woman who worked at City Hall.  I didn’t really know her. I knew her name, and we sometimes found ourselves attending the same meetings.  She intimidated me.  Her clothes, hair, and makeup were always perfect.  She was striking and brilliant.  She carried herself with an air of confidence that I felt was lacking in myself.  She was writing to ask me to meet her for lunch sometime in the near future.

This woman’s email said that she had made a New Year’s resolution to connect with other professional women.  Ha!  THIS WOMAN considered ME a professional woman.  I was surprised and a bit intimidated.  I went on to read that she wanted to meet me for lunch, not for professional networking, but to get to know each other on a personal level.  She asked me to let her know when and where I would like to have lunch.  I really did not know what to make of it.  This was early in my new career, and I had not become a “professional lunch-goer” yet.  That was all about to change.

This story came back to me the other morning when I was having coffee with a staff member.  I had asked her to leave the office with me so that we could discuss a few touchy work-related issues in a more relaxed atmosphere.  As I told my co-worker about this woman and her lunch invitation, I remembered how intimidated I had been of this woman.  She was so “put together” in every way.  She was highly educated with multiple degrees.  She was a RN and had a law degree, and was now working in municipal government as a property manager.  (I would later learn that she was an education junkie!)  Her makeup was amazing.  I sometimes couldn’t concentrate on what she was saying, because I would get caught up in looking at the way her eye shadow blended flawlessly from her lid to brow bone.  Actually, it was over the top, but I was still trying to figure out this new part of my life.  I thought that her look was something I had to study much like I studied the hundreds of economic development acronyms that were tossed around in meetings.

As I told the story of my awe and intimidation of this woman, my co-worker looked shocked.  She interrupted me and said, “I can’t believe anyone could ever intimidate you!”  Ah….those words did not feel like a compliment.  Four years later, I have a nice veneer of bravado.  I can handle anything.  I can juggle it all.  I am not afraid of anything.  I won’t back down.  I stand up for what I believe in.  Bleh!!!!  and Double Bleh!!  Yes, that is the woman I present to the world.  but that is most certainly not the woman who lives inside of me.

In the middle of telling this story,  I was suddenly crestfallen. Of course, that didn’t show.  It was all hidden on the inside, but I haven’t been able to stop thinking about it.  I love the fact that I am a strong, capable, confident woman, but sometimes I hate it more than anything.  Sometimes I hurt.  Sometimes I am afraid.  I worry, too.  Sometimes, I just want someone to lean on, and someone to handle everything for me.  Everything.  Sometimes I am faced with tasks, worries, or fears that seem insurmountable.   Sometimes I don’t want to be strong…but only for a moment.  Yes, I am weak, hurt, afraid, intimidated sometimes, but then I take a deep breath and plow ahead.  As far as I am concerned, I have no choice but to be strong and do my very best.

Now, that brings me back to my story.  I did have lunch with that woman.  She would end up shaping my career and standing by my side and helping me as I navigated some sticky situations.  A year later, she and I shared an office suite in City Hall.  The day we had lunch, though, we were still basically strangers.  I sat intimidated that day at lunch as she told me about herself and her New Year’s plan.  She wanted to meet other women, not for networking or to discuss work issues.  She wanted to meet women and talk about women stuff.  No work discussions allowed.  It was fabulous.  I don’t remember what we talked about that day, but I do remember feeling enjoyment.  I had met a kindred soul.  She was a strong, confident woman, but inside where it mattered most, she was kind and soft.  I learned a lesson from her that day, and I would continue to learn more as our friendship grew.

There are women who use their soft side as a tool or as a means to get others to do things for them.  We all know women who use their weaknesses to manipulate those around them.  They are the women who “don’t know how” to do things that we all know they are perfectly capable of doing.  The don’t know how to use a computer.  The can’t pump their own gas, or pay bills, or mow a yard.  They use the “I don’t know how,” because they are too lazy or too afraid to stand on their own two feet and be accountable and responsible.  Instead, they cling to dependency as a way of life.   After years of dependency, maybe they actually do forget that they are capable of strength, and that strength can bring pride and a sense of accomplishment.  These women may be soft and pretty (or not) on the outside, but I wonder what is inside?

My friend and I no longer work together.  She has moved on to a different job.  I’m still at City Hall, but no longer in the same office or doing the same job.  The year or so she and I spent together as co-workers taught me so much.  Not only did she help and guide me with my career, but she taught me so much about strength, kindness, and the value of friendship.

With that email and the lunch that followed, she began something that grew into many wonderful friendships.  After several lunches and becoming friends, she and I decided to target other women together.  It was so much fun!  We took turns each month picking a new woman to target.  Oh, I can’t even begin to explain the fun we had as our new recruit met us for lunch and we explained that this wasn’t a business lunch.  In fact, the only rule was that we could NOT discuss work at all during lunch.  As they looked at us like we had lost our minds and lured them to lunch under false pretenses, we explained that we LIKED them and simply wanted to be their friend.  It was wonderful.  Each month, our group of women met for lunch.  Occasionally, a new face would be added to the group.  We even came up with a name:  The Non-Networking Lunch Group.   Our group no longer meets regularly, but the friendships have remained.  I’m glad to have remembered this story and the origins of the friendships I still value.  I had forgotten how these now comfortable friendships had begun.  It’s good to smile and look back on those days.

So now,  I am the woman who appears to be strong.  Am I intimidating to other women?  I certainly don’t try, or even want, to intimidate anyone.  As I remembered these lunches, reaching out, and creating new friendships, I realized that it is time again to reach out, because I know how that works.  Reaching out to someone in friendship and kindness is exactly what I need right now.